because too many people are messing around and its like really bothering us but just make a ban appeal and we will talk to each other to fix the mess
[center]New Beta Server!

I was just mining and training on my merry way, when I saw an argument in the chat. I saw a person by the nickname "Mr. Rudak" shouting at someone for being in an arena. I'm not sure what your rules on capslocking are, so I told him to stop. He said it annoyed him. This actually happened twice, both times I told him to stop shouting. He said that he didn't like being told to stop, so I flat out told him that that was a damn shame, and that he's flooding the chat with spam. At this, I was told that if I told him to stop again, he would 'snap on you kid'. I told him that I literally had no idea what that meant, and he said that it meant 'don't try me'. This made made me a little angry, so I told him I'd mess with whoever I wanted to mess with (not in a mean way, I was simply stating that this person wasn't going to control what I said if I didn't say anything wrong. If anything, I was trying to aid the server by reducing chat flood).
Following this, I was killed (only 3 levels lost thankfully) and muted. I was also ridiculed by other players, but that's not my concern.

Here's some pictures for proof. 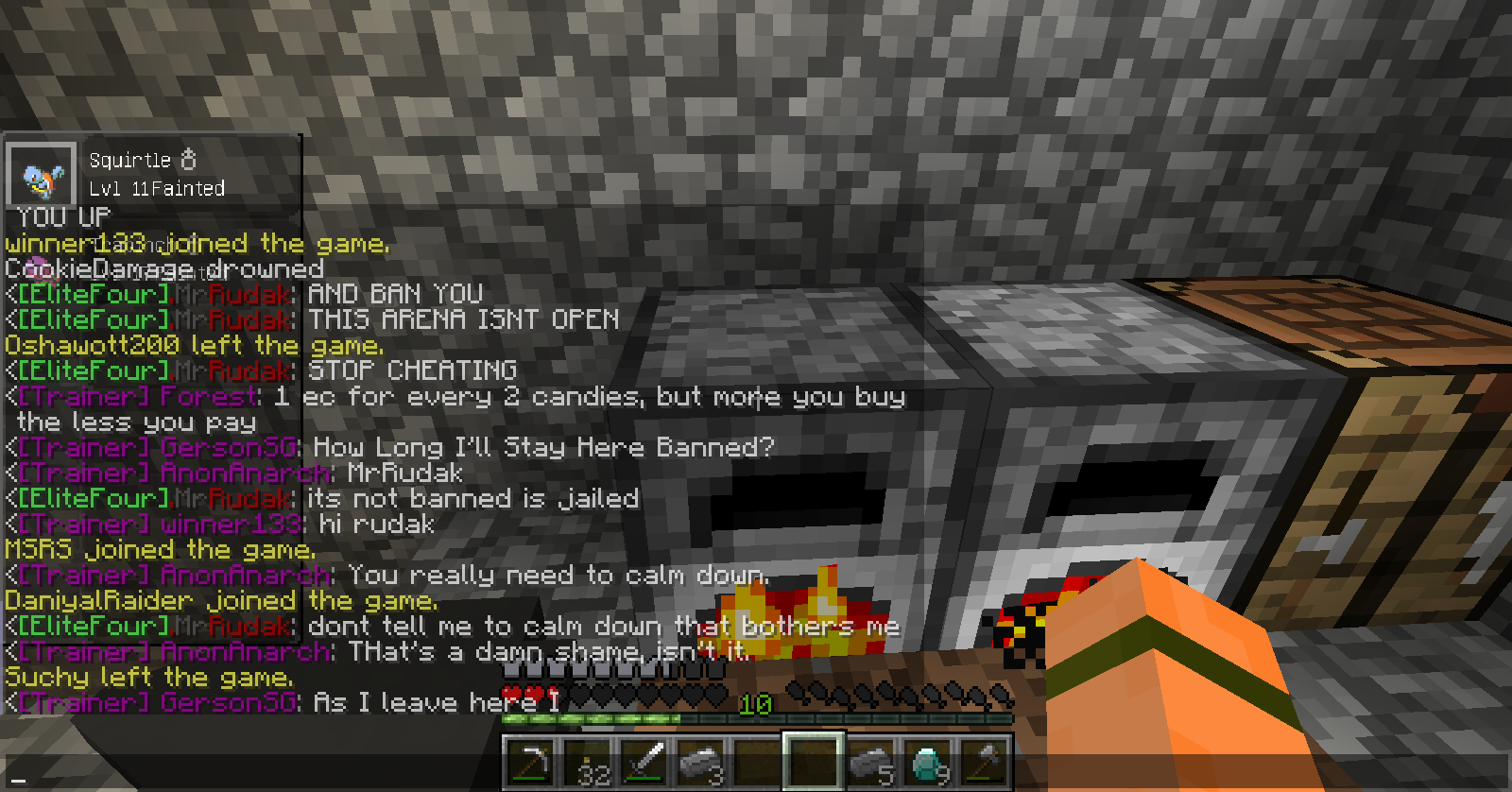 Thank you for listening. I don't mean to sound like I'm bashing the server, I'm just sharing an upsetting experience. I request an unmute. Thanks.

All Pokémons' learn sets have been updated to thei[…]

I recently joined this server and was warmly welco[…]

I was thinking of a Pokemon Center counter, a Poke[…]

Legendaries do spawn in Ultra Space, yes. And for […]