Plot: Barly any pokemon remain in the wild. Almost all species of pokemon have become endangered, and are struggling to survive. Scientists have captured the entire population for testing, and nobody like Red has stopped them this time. Global disasters are happening everywhere, such as Tsunamis and Earthquakes, Super Storms, etc. Pokemon have to find a way out of this mess.

Beginning: The story begins in the labs, where everyone is being held captive.

Rules-
1. legendaries CAN be used, but only the weaker ones
2. no meta/power gaming or godmodding
3. do not post until you have been accepted
4. do not do stuff that make no sense
5. be mature (( unless your Charachter isn't ))
6. Have fun

My app:
Pokemon: Cresselia
Moveset: Psyco Cut, Moonlight, Psychic, Psywave
Backstory: Cresselia was attacked by Darkrai on Crescent Moon Island, and then was poached by the scientists. They have examined his DNA, injected fluids into him, and tested various other products on Cresselia so far. ( Meh. I got lazy. )
Personality: Not too trusting, Quiet, Cautious, Sometimes a nervous wreck
Features: Shiny

By 1Charak2 - 06 Jan 2014 05:12
- 06 Jan 2014 05:12 #98275 my app
Pokemon: Eevee (a extremely rare eevee)
Name-Optional: exspes (latin for hopeless)
Moveset: move set helpin hand Shadow ball and Last resort and (faint attack/ice beam/ leaf blade/ flamethrower/ thunderbolt/dazzling gleam/hydro pump/psychic) depends on his eeveelution at the time
Backstory: was captured while a baby and experimented on to see if they could create the utimate eevee (they managed to give the abilty to turn into any eeveelution at will but as a result of this excersion to do so eevee could not handle it proply and could only last a hour when using his eeveelutions then he would faint conisdered a failed project they locked him up in a cage with the rest of the pokemon (ever since eevee has dreamed of escaped but its been impossible until this roleplay)
Personality: Calm (yet this sometimes changes when he evolves becoming a jerk when hes flareon etc)
Features-Shiny, Shadow, etc.: (mutiple eeveelution)
Other: can evolve then deevolve almost at will but can't do it for long before hes out of the battle
For every loss There is Victini

By Waterboyr - 06 Jan 2014 13:35
- 06 Jan 2014 13:35 #98323 Pokemon: Porygon-Z
Name-Optional: Porygon, Z, Or just Porygon-Z
Moveset: Tri-Attack, Recover, Conversion 2, Psychic
Backstory: Porygon-Z (this is the truth for porygon-z actually) was upgraded and modified. It was supposed to be able to travel through alien dimensions, but there seems to be an error. It acts odd. Porygon-2 showed signs of un-programmed actions, or feelings. Porygon-Z may have intensified that error when upgraded, maybe a glitch of some sort. All porygons and evolutions were top priority to capture. This Porygon-Z was already in a lab so it has never known anything else, and was easy to capture.
Personality: Curious
Features-Shiny, Shadow, etc.: Adaptability is it's abilty, so moves that are it's type do *2 damage.
Other: Error.

By killthepast - 11 Jan 2014 15:50
- 11 Jan 2014 15:50 #99327 im making 2 apps incase the first isnt accepted
Pokemon: Lugia
Name-Optional: XD001
Moveset: Shadow Blast, Aeroblast Shadow Shed
Backstory: XD001, one of the first test subjects for the race, and one of the last surviving SHADOW POKEMON, XD001 is "strange" and "powerless" as XD001 has been drained of all other energy, making him weaker then normal, but still powerful, Powerful and AWESOME LOOKING

By Rzxa - 21 Jan 2014 08:01
- 21 Jan 2014 08:01 #101605 (You I don't know why my Rps are only played by me or Waterboyr just maybe because people think I suck or I don't maintain it well)
Well no more oof topic here is my app
Pokemon:Flygon
Name-Optional: Potato 01 Alpha P1A for short (now naming my characters from food)
Moveset: Outrage,Stone edge, earthquake, Protect
Backstory:The only cloned and last flygon living.he will try to live in the flawed planet.( there will be more backstory of this character when the story progressed)
Personality:Cold,Funny,Weird, and smart
Features-Shiny, Shadow, etc.: normal
Other:Has abilty to time travel once every month
:)
Pokemon X and Y
Flame
0903-3996-6025

By Dracoman355 - 21 Jan 2014 15:06
- 21 Jan 2014 15:06 #101695 Pokemon: Magikarp (Not a troll, bare with me)
Name-Optional: KingKarp
Moveset: Splash, Tackle, Flail,
Backstory: The result of several experiments to increase size and strength, twice the size of a normal magikarp, and 3 times as powerful.
Personality: Aloof, longs for the day he can splash about in a pond once more.
Other: Due to his size and power, every time he finds a pond that he can splash about in, with in an hour a large portion of the water has been splashed out of the pool, and he must go on a search for a new pond. On top of which due to the experiments he endured evolution seems to have been stunted, so he will never obtain the power of a gyrados. One day he learns of the existence of a giant body of water, so large that he could never splash all the water out, and thus he flops out to find this enormous pond known to us as the sea.

Spoiler:
Goals:
Get forum post count into great balls [X]
Get into ultra balls [ ]
Get into master balls [ ]
Help the wiki in some major way [ ]
Make list [X]
Reward self with nap [WIP]

By YveltaI - 22 Sep 2014 04:39
- 22 Sep 2014 04:39 #137649 App Format-
Pokemon: Trapinch
Name-Optional: Rocky
Moveset: Bite, Dig, Crunch, Earthquake
Backstory: Was captured and had a test put on him. He used to be a normal trapinch but now moves a bit faster than other trapinches. Another test however lowered his strength a little. He them broke free and is now wild.
Personality: Timid and annoying.
Features-Shiny, Shadow, etc.: Has high speed but lower attack
Other: Derp 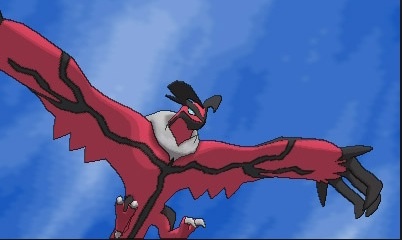