The War of Ancients (Roleplay)

i appear Behind the Man.
My Blade at his naked Throat
I whisper in his Ear Who the Hell are you and what siding are You on
For every loss There is Victini

By Lifegrasp180 - 17 Mar 2014 13:19
- 17 Mar 2014 13:19 #117341 I smiled slightly to myself. there was no way the puny knife was going to be able to hurt me for two reasons, Number one, My skin is harder than rocks the blade would most likely dull if he tried to kill me. Number two i could also transform into sand anyway the blade would pass right through me.
I decided to play along, "I'm somebody you'd want on your side", I told him "and holding me against my will isn't exactly giving you bonus points".
i then move his arm away from me as easy as moving a feather and walk away from the alley. i look back towards him and say.
"I have lived much longer than you boy and i certainly seen more tragedies". with that final statement I disintegrated into my sand form and floated away.
[center]

idiot as long as he has a soul necromancy can harm him and it seems his soul is what stop his body falling apart forever.
I need to know more about this guy He says he lived for eons i will find Out the truth. I follow the sand. Putting Great Strain on my eyes.
i Manage To see his soul Via necromancy he can't Hide Forever I will find him
For every loss There is Victini

The sand didn't seem to be floating through the air, but hovering around a general point. I guessed it was the man's being.

By Lifegrasp180 - 17 Mar 2014 14:35
- 17 Mar 2014 14:35 #117353 "That Necromancer is bad news". I thought. I then sped off as fast as i could for my apartment. I was barely human again before i hit the ground.
I then proceeded to a bookshelf in the living room. the shelf was set on hinges that swung outward. the stairs led down into a hidden basement.
it was a panic room, in case something had gone wrong. I also had a backpack in the corner of the room filled with various supplies, a pair of old reading glasses, and a broadsword in a scabbard. I walked forward and picked it up. I strapped the sword and backpack to my back and placed the reading glasses on my face as i walked through the front doorway. but not before being meeted by a stranger with a katana...

"what does this kid have assassins now"? I said to myself.
[center]

To be honest I meant to just observe from a far, but when I came to take a closer look he spotted me, shoot.

"I'm Akhitio, I...." I couldn't think of what to say so I just told the truth, "Watched what happened on the street with that necromancer and I followed you here to ask you.... For some food! I'm starving!"
That's the best I could come up with, damn it all. I just waited nervously for his response as I watched his dumbfounded face

By Lifegrasp180 - 17 Mar 2014 14:52
- 17 Mar 2014 14:52 #117356 For a second i was genuinely confused, this kid with a katana is asking me for food.
"I'm kinda surprised you haven't caught anything yourself". I joked, gesturing at the sword for emphasis.
Joking aside i took my wallet out of my pocket and took out 30 dollars and gave it to the kid.
"here buy yourself something nice." I flashed a warm smile at him. and then i walked down the streets.
I didn't really care that i lost money to a total stranger who may not even use it for food, I just knew that i had to get out of london to my hideout.
[center] 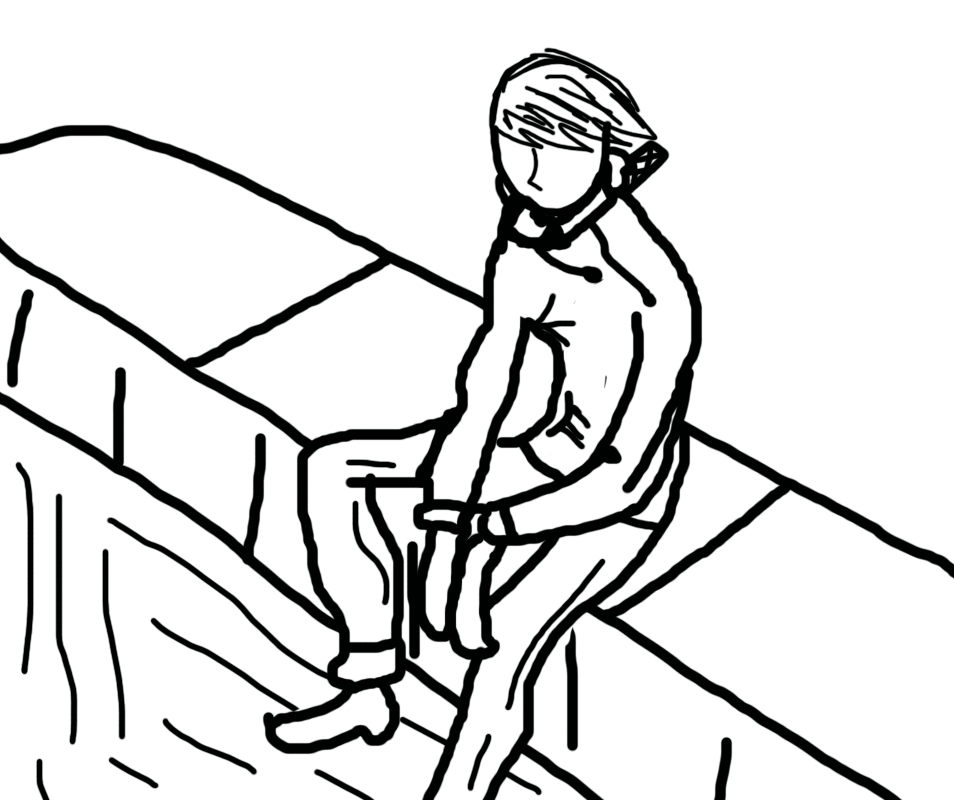 I then decide whether to follow this guy again, it doesn't take me long to decide because soon after sitting down I see a fair amount of sand floating through the sky again. And i'm off chasing after this man, for a reason I cannot even comprehend. This time I promised to myself that i'd be more stealthy.

)
I flew with all the force i could muster as i flew out of london. It was quite a few miles away from the city.
it was hidden underneath a large boulder that a normal man could not lift. I lifted the boulder and began climbing down an old ladder.
it led to several rooms filled with various things. from old scrolls and books to armor and weapons.
I went into a dug out study and replaced my reading glasses again as i looked through old tomes.
my gaze stopped on one "Necromancy and their rituals". it wasn't in english of course.
i take the book and move to one of the research tables. i open the book and read through it.
"this is a book that necromatic boy would want to get his hands on" I thought. " Too bad he wont".
i took my hand and placed it upon the pages. as i did i whispered an incantation learned in my years as a scholar.
the letters in the book shimmered and glowed. then one by one the letters flew off the page and they flew into my mind.
the book was now blank and i now held knowledge that could be useful against the necromancer.
i turned to the bookshelf once again and repeated the process once again with other books...

Not only am i being of earth but also a being of knowledge...
[center]

Made Awesomely by Burgy[/center]
Reply

I really enjoy playing on this server. I get on da[…]

Added team events such as team wars, raids, and te[…]

A command to fill the full pokedex. Or autofiller[…]

This is my first post on the Forum, but it would b[…]

Pixelmon has issues with too many pokemon fighting[…]

The server is resetting on Saturday June 6th, at […]

Alternatively we could just cancel the starter scr[…]

A fun addition seeing as a the major minigame of S[…]

All of these are temporary forms that only show up[…]

I'm not too familiar with the mechanics involved m[…]

In the Pokemon games there is an option to give &q[…]

I think most of the people playing pixelmon have p[…]

I'm currently working in a new Pixelmon map and I'[…]

Tysm! Everything seems to be working fine now. :D

:-D Pixelmon Awakening is a unique server that i[…]