By StrangeOne101 - 29 Nov 2022 04:54
- 29 Nov 2022 04:54 #212896 Basic Overview
Professor NPCs and professor labs could be added to villages. The professors could interact with players and provide them with services (like IVs, tips, quest completions, etc), while the lab can house things like fossil machines, extra starters, etc. Additionally, there can be different variants and themes to suit the many different pokemon professors 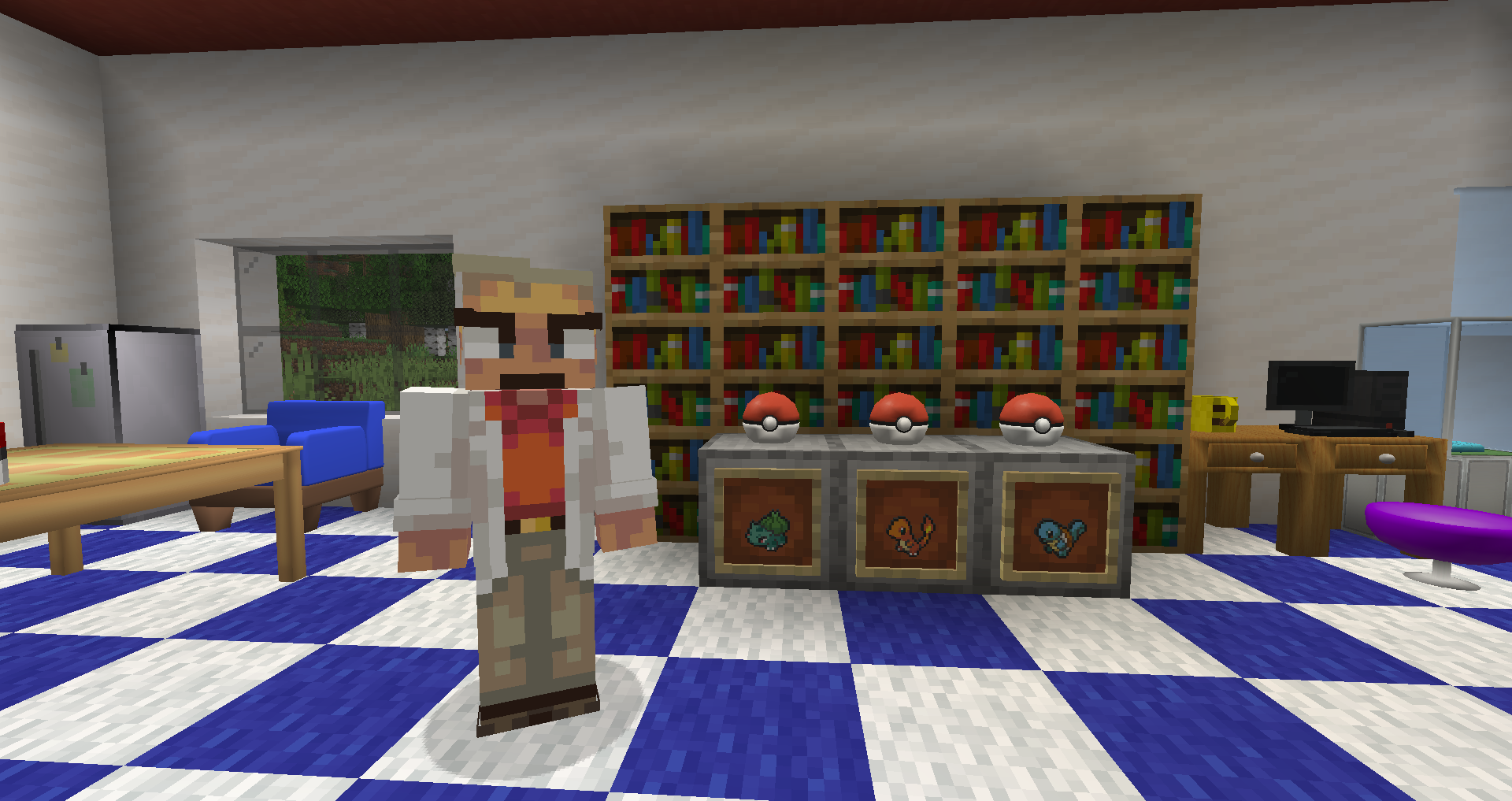 (Note: My building is only an example and I'd rather the build team create their own image of what the lab should look like. My skills are average at best.)

Things the professor could be used for

Tips/Help
Professor NPCs could provide a lot of generic tips in pixelmon. The kind of tips you see given out by NPCs in the mainline pokemon games.

Things such as "You need a Dynamax band to Dynamax your pokemon!"
"Only certain pokemon can Mega Evolve! You'll need a Key Stone and the correct Mega Stone to mega evolve your pokemon!"

IV Checking
Professors might be able to analyze a pokemon's IVs for a fee. This would allow a user-friendly way to have a feature like /ivs without the server needing to give all players permission for it.

This could also be done through a GUI instead of dialogue, where it shows a chart that shows the IVs as ratings. Something like this (ignore how bad it is, I made it in paint) 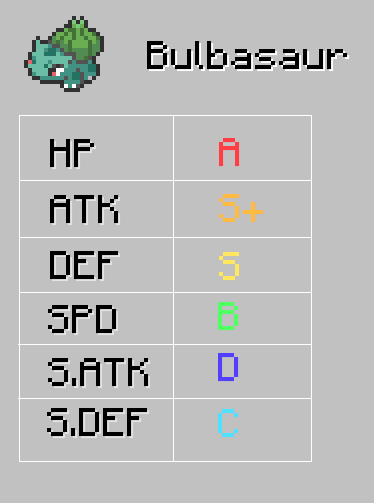 S rank would be something like 28 or above, whereas S+ would be for perfect IVs. This is just something I threw together to paint a picture, though. So ranks and what they mean/colors can be changed to whatever.

Quests
Professors could also be used as a "home base" of sorts for quests. You could talk to a professor to turn in a quest, he would "contact the quest giver" that is in another village (via "talking" to the professor in that village), and then mark the quest as complete.

I personally would make it take some time. E.g.
Professor: "Hi there, what can I do for you?"
You: "[Turn in quest]"
Professor: "Sure, I'll contact them about your progress in x quest. Come and see me later for an update!"

Then a few minutes later, you might get a notification that the professor is ready or something and the quest can be turned in.

I know not everyone will like this approach, so a config option to instantly turn in quests (or have that be the default) is probably a good idea.

Additional Starter Trades
A new form of trade could be done to get an additional starter pokemon. To make this balanced, I think a trade for another random pokemon from that starter's region would be fair.

Getting them for no cost at all would be fine if you didn't spawn in a village, but you do now. Since you do, you'd be able to get two pokemon straight off the bat, and that isn't very balanced.

Unless spawn villages are somehow blacklisted from being free (either from the starter trade not spawning in the lab, or the interaction just doesn't work for the initial village), trading for a pokemon in the same region as the starters being traded is the best compromise I came up with (although I think blacklisting the first village is best)

By SKyTheThunder - 01 Dec 2022 05:12
- 01 Dec 2022 05:12 #212922 I like the concepts you came up with to give them a gameplay use without being unbalanced. I have been thinking around labs as village structures for a while, but couldn't think of any gameplay relevance for them that didn't involve changing how starters are handled - which would just confuse players.

The only thing I see as a potential issue gameplay-wise is how to best generate them, without risking several of them show up in one village. The only two options would be to either have them in fixed positions like Pokécenters, Marts and Gyms and then generating the village around them, or generating them as regular random structures like TCG shops, Arenas or Daycares, which can very random...
I guess there could be something like a 1/4 chance for the Lab to take up the spot of the Pokécenter or something. If it has a healer and PC, it would still serve as a place to heal, but with additional features.
Reply
Return to Suggest A Feature

The valentines day skins have shiny forms, and the[…]