bunnyman wrote:I'd love to know if it was possible to work around Chickenbone's mods so that NEI can still work with Pixelmon. Many mods support NEI so that the recipes can be looked up. I'm just curious as to what part of the coding is getting in the way, and who's problem it is. That way you guys can work with Chickenbones to make the mods compatable! I really want to use the Wireless redstone and Ender Storage mods, but to use Pixelmon I'd have to delete them!

It's ChickenBone's fault, we've sent him a message already, and Alex B. is working on a workaround (that should be finished but hasn't been released yet). For the time being, just stick to TMI

silversword wrote:are you guys trying to make it so that you don't even need to break blocks anymore?Because I don't know if it's just me but I just like to mine build and I don't really like it when I'm not able to I know this is kinda of that list but I'm just asking.{I really hope your not aiming for that}.

pansage10 wrote:I think PixelMon needs the ability to have small pokemon sit on your shoulder like Ash and Pikachu.

This would look extremely awkward with Minecraft's blocky models.
[center]This is not the end
It's just another song
Just another opinion
Right or wrong[/center]

pansage10 wrote:I think PixelMon needs the ability to have small pokemon sit on your shoulder like Ash and Pikachu.

That would hardly even work for pikachu unless it was like... a lvl 5 pygmy or something.

By gokinmen - 27 Jul 2013 22:25
- 27 Jul 2013 22:25 #62590 This is just a personal pet peeve, but if structures are added can they be much more intricately made designs rather than the bland, discoloured or otherwise puny designs that I have seen in minecraft or some player schematics. I think people would prefer epic-ness rather than general content. Thank you 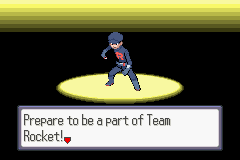 It is becoming very hard for people to do living d[…]

I joined this server and the first thing people sa[…]

They way power construct works is that when you tr[…]

i started playing on this server and everyone is s[…]