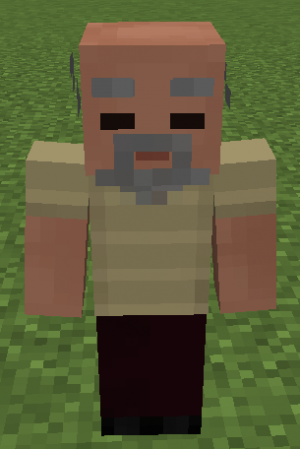 A move relearner is an NPC who allows Pokémon to learn moves from their level-up movepools. They spawn in Extreme Hills, Plains, and Ice Plains biomes.

A move relearner can be identified by text above it reading "Move Relearner". If the move relearner does not require any payment (which is the default setting), interacting with the NPC will allow the player to select a Pokémon from his/her party and relearn that Pokémon's moves. Moves can be relearned from a Pokémon's level-up movepool if the Pokémon does not already know the move and is above the level where the move is normally learned. Egg moves that were bred onto a Pokémon and subsequently forgotten can also be relearned. 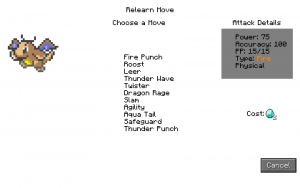 It is possible to customize a move relearner to require payment each time his services are used. When a player in Creative mode interacts with the relearner, different events will be triggered based on what the player is holding.