You are not logged in! Create an account or login to contribute! Log in here!
From Pixelmon Wiki
(Redirected from Pixelmon mod)
Jump to:navigation, search
Other languages:
English • ‎español • ‎français • ‎italiano • ‎русский 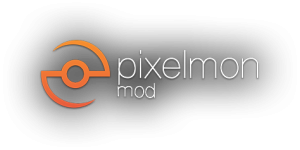 Pixelmon is a Minecraft mod that adds Pokémon into Minecraft.

Pixelmon is currently available for Minecraft versions 1.12.2, 1.10.2, 1.8.9, and 1.7.10, with versions earlier than 1.12.2 being considered legacy. Minecraft Forge is required in order to use Pixelmon. Due to the large number of assets contained in Pixelmon, at least 2 GB of RAM is needed in order for Pixelmon to run; this necessitates a 64-bit Java version.

Pixelmon can be used with the Minecraft launcher like most other Forge mods, or with either the Technic launcher or AT launcher.

Pixelmon adds many aspects of the Pokémon games into Minecraft, including the Pokémon themselves, Pokémon battling, trading, and breeding. Pixelmon also includes an assortment of new items, including prominent Pokémon items like Poké Balls and TMs, new resources like bauxite ore and Apricorns, and new decorative blocks like chairs and clocks.

Unlike in the Pokémon games, Pixelmon does not use the "random encounter" method (e.g., tall grass, caves) for encountering Pokémon. Instead, Pokémon spawn naturally in Overworld, and a player can engage these wild Pokémon in battle. By default, normal Minecraft mobs are disabled and do not spawn when Pixelmon is installed, although they can be enabled by editing Pixelmon's config file.

Poké Balls can be purchased in Poké Marts (which spawn in towns) in exchange for PokéDollars, just as they are in the Pokémon games. However, Poké Balls can also be crafted after the player acquires Apricorns and iron. The method for crafting Poké Balls is detailed on the Poké Balls page.

Most other items from the Pokémon games, including Medicine, held items, and TMs, can be obtained from several different sources:

Pixelmon is designed so that players and servers can choose and create their own goals, whether this means completing the Pokédex, winning in player-vs.-player battles, or another goal entirely. There is no fixed progression of Gyms in Pixelmon, but servers may choose to implement this feature by using either NPC Trainers or players as Gym Leaders, and Badges are present in Pixelmon if servers wish to use them as marks of achievement.

There are a few Pixelmon-related services which may be of interest.